TL;DR: The Bowline and the Trucker's Hitch are going to do 90% of what you need to do in the world. Learn the component parts rather than viewing it as a single mess of rope.

This is a guide for the absolute beginner who wants a small repertoire of very useful knots.

Learn these two, in this order:

Besides how to tie your shoes (a Short-End Sheet Bend), this is the most important knot to know. 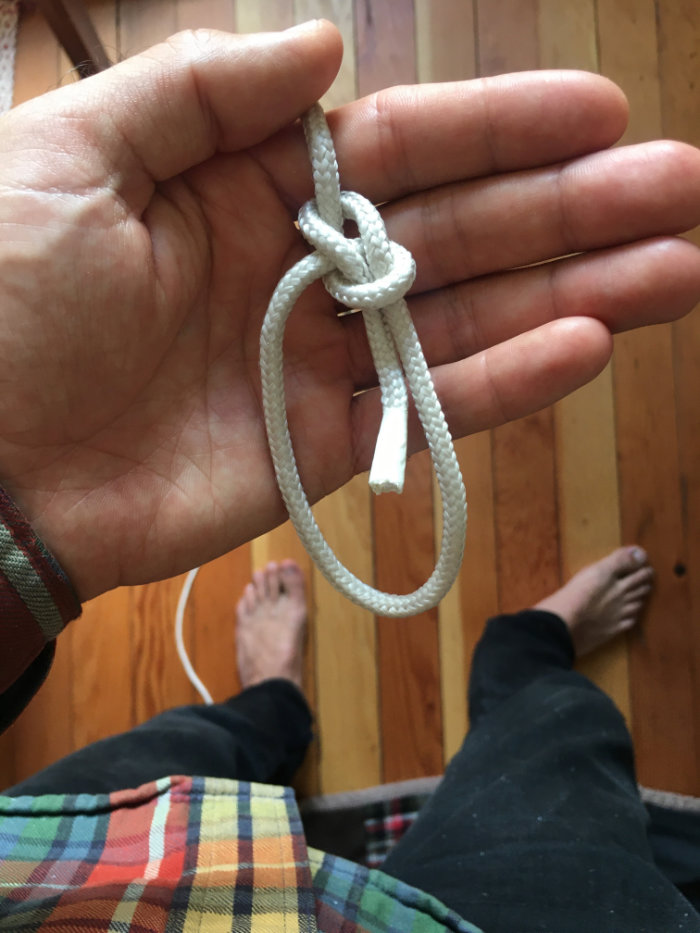 Knots are often made up of simple components that used in many knots. For example, you’ll notice that when you tie a Bowline, you start with what the Scouts call an “Overhand Loop”: 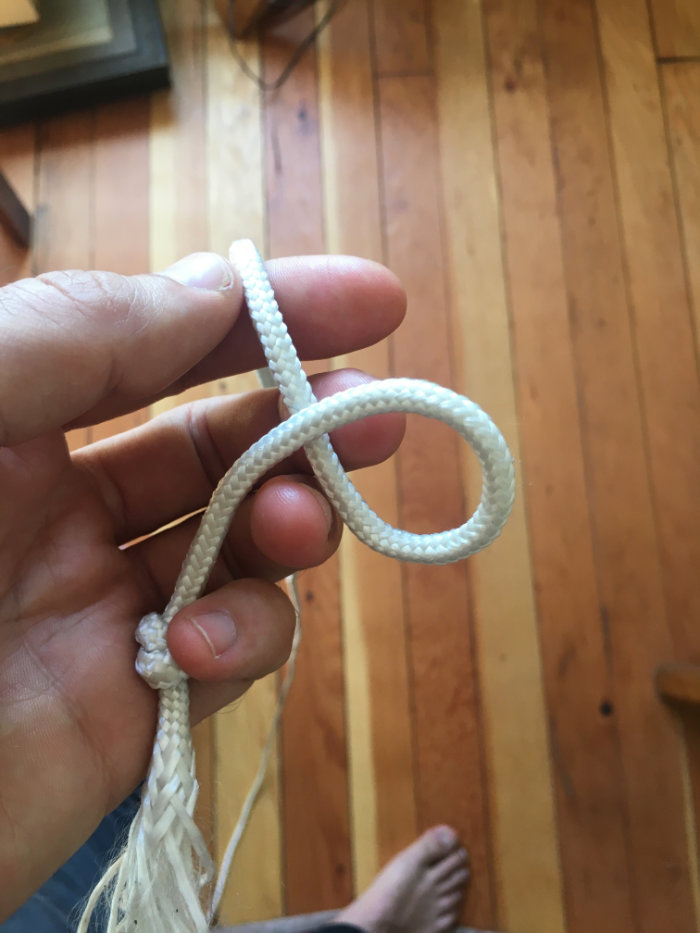 For contrast, here I am showing an under-hand loop: 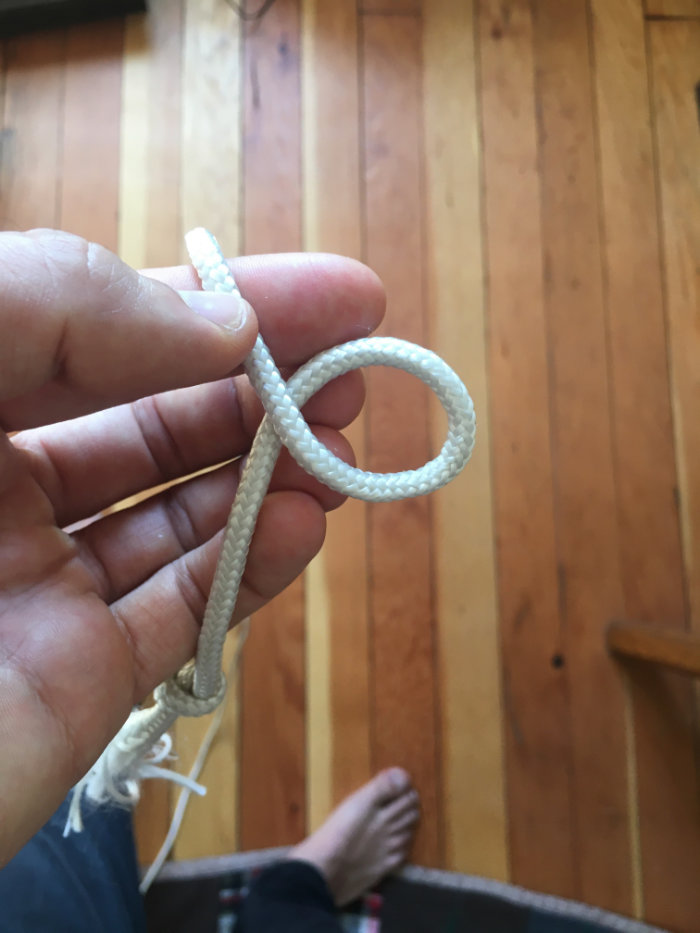 Here is an explanation of the two: https://scoutpioneering.com/2013/02/11/knot-tying-terminology/

A principle of efficient learning is to realize what the building blocks are that apply widely. In this case it also helps with memorizing. Instead of the knot being a whole bunch of random maneuvers, it has recognizable components that are in many knots.

Another way to remember things is with story. You can remember the Bowline this way: The rabbit comes up through the hole, goes around the tree and back into the hole. The hole is your Overhand Loop.

After you’ve tied it a few times, practice by actually tying the loop around something. If you just practice it without simulating how it would be used, you may get lost when you try to actually use this knot.

This is considered a “compound knot”. It looks very complicated when tied, but when looked at as a number of components, it’s not hard to remember.

The Trucker’s Hitch is not a specific knot, but a way of combining various knots into a system. It combines a number of different knots and you can substitute various individual knots for each of the parts. This explains why if you look up pictures of this knot you’ll see a lot of variation.

We’ll just stick to learning one way of doing it for now. You’ll probably never need to learn any variations.

Start with this video: https://www.youtube.com/watch?v=W86XNUmElP4

This page has good instructions that break it down: https://www.netknots.com/rope_knots/truckers-hitch

Here is a great technique if you are having a hard time keeping enough tension: https://www.youtube.com/watch?v=oNsuvZOI-0U

Practice the Trucker's Hitch in a situation where you are actually trying to create tension. For example, tie it between two legs of a table. Tie it so tight that you can pluck it like a guitar string. You might accidentally break your table, which would be an impressive showing for the power of the Trucker's Hitch.

The easiest way is to join Sharpen the Saw and practice every day with us.